How to use Social Media for your Events

Part 1: Before the Event 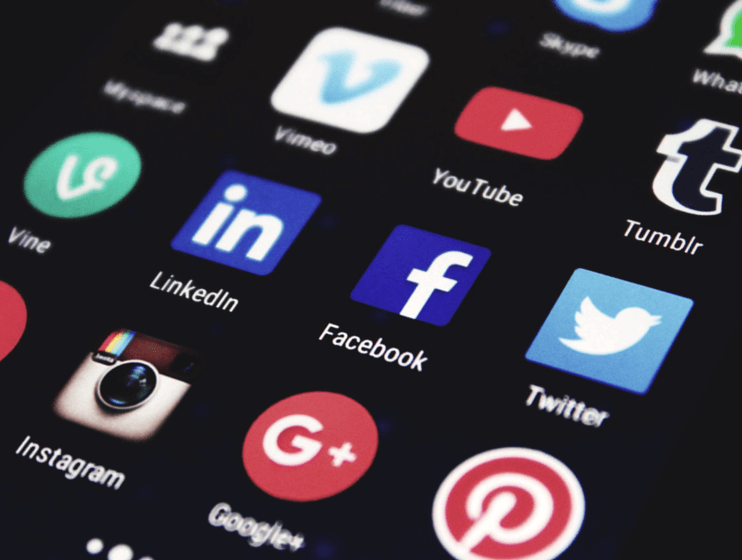 Setting up a LinkedIn group or a Twitter account for your event can be helpful. But if that isn’t followed by regular updates to enrich your profiles, you’ll probably wait in vain for your attendees to be proactive and share their experiences with you and others.
In order to benefit from using social networks, you need a detailed strategy. We’ll help you start your online channels off right and explain how they can make it easier to stay in touch with your attendees over the course of the event.

Choose your Networks but choose wisely

The very first question you should ask yourself is this one: Which platforms do you want to use?
A Facebook page has long been considered the standard and can still prove useful – particularly if you’ve already set up one and used them at a former event. However, you should keep in mind that updates coming from fan pages barely make their way into the fans’ news feeds anymore. Relying on Facebook exclusively is therefore risky and rather unlikely to succeed.
Yet that doesn’t mean you have to refrain from Facebook completely. The European Colorectal Congress 2015 shows that using the network can still be worthwhile. Last year’s congress was accompanied by a very active Facebook page and saw a four-figure number of fans.

Hence it’s best to select those channels that are already frequented by experts and potential attendees.
Take Instagram for example. With the platform continuously on the rise, it’s tempting to set up an account but if the people you want to attract don’t spend any time on there, an official Instagram profile is of not much use.
Usually, starting a Twitter account or becoming active on a business network like LinkedIn proves to be the right decision.
But remember that each new channel you plan to use for communicating with the soon-to-be attendees means additional effort.

Setting up new Accounts vs. using the existing ones

It’s not just a question of selecting the networks. It also comes down to the decision whether you want to cover all of the event’s happenings via the profiles your organization is already using or via a brand-new event account.
Existing profiles come with the major advantage that you don’t have to start from scratch again as there are already some fans or followers you can interact with. If you generally find it difficult to come up with something you want to tell these people, your event should be able to provide you with lots of content.
If you’re on the other hand an organizer who never runs out of ideas to keep your online community entertained, it’s different. Covering everything regarding your event on top of that could be a bit too much for your followers.
Always consider the many reasons for people to hit the follow or like button. Among the followers of a university’s official Twitter account there’s probably just a small number of people interested in what’s currently happening at a conference for nanotechnology. Flooding their timelines with conference updates may provoke some unfollows.
It’s therefore better to set up a new account. You can, however, include the existing one to point out deadlines or share a photo from the event every now and then.

Shall we start now?

Not yet.
Before you think about what to tell the world, you might want to assign that task to someone. Depending on how many accounts you’re planning to use, it’s a task for one or two people who should start posting updates on a regular basis two or three months prior to the event. It’s important that they’ll take part in the event so they can continue their coverage on-site.

It’s never a good idea to start posting without a plan in mind. We recommend that you pen down your planned social media activities. A schedule helps you to coordinate your upcoming posts.
Tools like Buffer provide further help: Manage all your accounts at a glance and create your posts whenever there’s enough time and headspace. Once you’re done with that, you just have to decide when and where the post should be published. Buffer then does the actual posting for you while its
built-in analytics tool provides you with stats regarding your posts’ reach and popularity.

Before sending off your very first post, take a look at the design of your accounts. Your goal should be to make them visually appealing, for instance by using a profile picture and a header image depicting the event’s logo or its tagline.

No Tweeting without #Hashtags

You want to tweet along during the event?
Don’t forget to announce an official hashtag beforehand and check it regularly to see who else is tweeting about the event. Due to Twitter’s character limit, you should keep the hashtag short. That’s best achieved by simply using the event’s abbreviation – unless it’s already taken like in the case of our demo conference. This year, we couldn’t use the tag #cdc16 for the Converia Developer Conference for instance as there are several other tweets tagged with it. Make sure that you’re not the only one who knows about the hashtag and let it be known via your event website, your flyer and also on-site.

Write, take Photos, film – but what exactly should it be about?

If you’re done making all these arrangements, it’s time to focus on the content.
Even if everything that happens prior to the actual event doesn’t seem that exciting from an attendee’s perspective, a few good ideas can come out of it so you are able to get your community in the right mood.
Use social networks to point out general information about your event and to make everyone aware of registration periods, the call for papers as well as important deadlines and discounts.

You produced a trailer for your event just like the organizers of the XX World Congress on Safety and Health at Work did?

Instead of hiding it, flaunt it on your website. In addition to that, the organizers of the World Congress opened a YouTube channel. Maybe that’s something you would be interested in as well, even if you don’t have any other own videos to share. In that case, you can almost always rely on other people’s videos. Put them into a playlist if you find some that are of interest for everyone attending your event. That could be because they could give them a taste of what to expect from the city or the location or they simply fit with the event’s themes and topics and can easily inspire a discussion within your LinkedIn group.

As long as you’re not done organizing, you can keep your fans and followers posted with the progress. Send out a status update or a tweet with your intermediate results. Share photos from the preparations on site and tell everyone about your latest addition to the line-up. People surely want to know who will deliver the keynote address. Besides, you could tell them how many abstracts you’ve received so far or you can whet their appetite by revealing what’s going to be on the menu at the gala dinner.
Involve your attendees in the planning process so you’re able to consider their wishes while you continue organizing. For example, if you’re not sure whether anyone is interested in a workshop you’re planning, turn to your digital following and ask them.

Your attendees should have the opportunity to get to know everyone prior to the event. A LinkedIn group can be useful as it allows them to warm up to each other by exchanging first ideas. But because we all know how hard it is to kick things off sometimes, provide an interesting online find to set them thinking. Whether that be an interesting infographic or the latest study is up to you.

All of this is of course a lot easier with a huge fan base. If you’re in the process of developing or extending your network, you can benefit from influencers. Try out the following: Ask your well-connected speakers if they’re willing to tell the people in their network about your event.

Brevity is the Soul of Wit

No matter what you’re going to post: Keep it short.
Of course detailed information should be available but social networks aren’t the right place for that. Instead, link to your event website and let people choose for themselves. If they need further details, they’ll follow the link, if they don’t, they won’t be forced to read it.
However, linking should work in either direction. Put links to your social media accounts on your website so your site’s visitors know where else to find the latest updates.

Everything you’re going to share with people prior to the event will come down to this: You want your attendees to look forward to it. If you allow them a glimpse into the process of planning and manage to get them in the right mood for the upcoming days, you’re all set for an amazing opening.
How social networks can help you stay in touch with the attendees during and after the event will be the main focus of the second installment of our social media series.