How to use Social Media for your Events

Part 2: During and after the Event 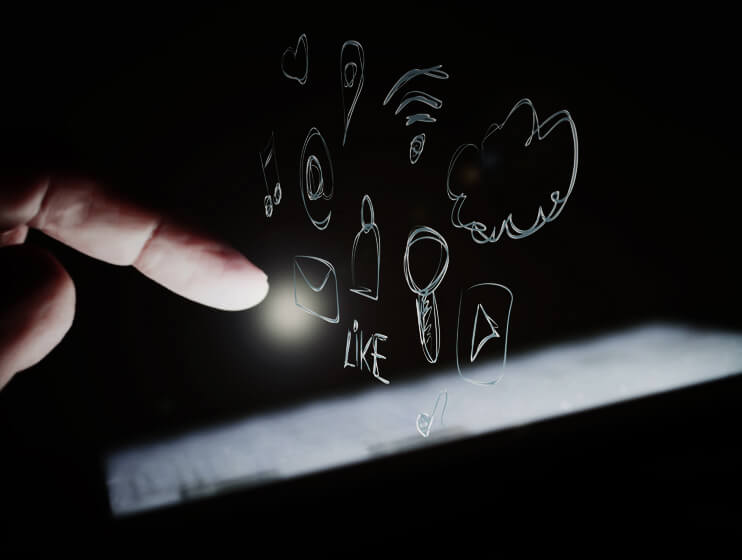 You’ve already used your event’s social media accounts to share a few things. Now that your attendees are about to arrive, it’s important to get the conversation going and live up to their expectations. If you follow our advice for successful online communication, you’ll never run out of ideas during and after your event.

In case you have yet to settle on the networks you want to use, read up on the subject in the first installment of our social media series.

That’s the question you might want to ask yourself since that’s exactly what everyone wants to know, whether they are attending or not. Take to your social networks to provide them with answers.
Tell them what’s currently happening and take some pictures to illustrate your posts. An on-site tour is perfect for collecting photo material.
Maybe you could offer a different view of the event and sneak a peek at what’s going on behind the scenes. Who adds to the event’s success? Think about the technicians who ensure that all the presentations can run smoothly or the interpreters who help to get the speakers’ word out to everyone.

Look for the most interesting talks or the most creative presentations.
Live-tweeting is also an option. Tell your followers who’s speaking and what they are speaking about. Capture the essence of their talk and share it with your followers. New findings and research results are usually what’s most interesting but be careful as passing on such information can be inappropriate sometimes. If someone talks about findings that haven’t been published yet, it may be better not to post about it.

“Two are better than one” – don’t let this become your personal modus operandi when it comes to posting during the event. Always assume that there are attendees who are active on more than one network. What if they are also following your updates on each one? Especially when your time is already limited, you don’t want to see the exact same pictures showing up on your screen multiple times.
And not everything is suitable for every account.
Twitter is great for live event coverage with pictures and quotes from presentations, which was part of the official MICCAI 2015 account and could also be found in the #MICCAI2015 hashtag. The protocol-like style doesn’t go down so well with other platforms though. But a quote from one of your speakers could be worth sharing with the members of your LinkedIn group.

Social Media as a Broadcast

Important messages like those that relate to short-term changes are a different story. There are never enough ways to make your attendees aware of them and, as you can see, social networks also act like some sort of broadcast during the event’s course.
Don’t take it that every single person attending your conference is an avid social media enthusiast and an active user of at least one of these networks. Even if they were, not everyone would have enough apps to prevent them from never losing track of their timelines again.
An event app with a built-in social media integration is a far better alternative for your updates will appear on the attendees’ screens immediately after you’ve sent them. That way, no one gets left out and needs to worry that they’re missing out on something.

Whatever you’re going to post during the course of your event, don’t forget about the attendees.
Make it clear that they’re welcome to ask questions via social media or turn to your accounts when they encounter a problem.

Encourage everyone to use your event’s official hashtag.
You could also display every tweet which contains the tag on a central Twitterwall as that might pave the way for further discussions.

Reward those who actively contribute. Competitions can help you to start interacting with the attendees. Set a task if you want. That could be something along the lines of “take a picture with someone from another country” or a more complex digital (photo)scavenger hunt with a variety of different items on the task list. It’s also up to you to decide if the winners will be awarded merchandise, coupons, specialist books or something completely different.

If you’d like to specify the LinkedIn discussions, set up further groups, one group for each of the event’s main topics for instance. That comes in handy for bigger events that often deal with a wide range of subjects.

What do others say?

Your profiles shouldn’t be all about your own experiences. Let everyone else have their say as well.
Monitor your Twitter hashtag of choice, leverage Twitter’s functionality and retweet others who shared something regarding your event.

Respond to feedback and thank the person for expressing their opinion. That also includes an open way to handle criticism. By thanking those who offered critical remarks you’ll be able to show them you’re interested in their opinions.
Try to solve their problems but don’t mull over an issue for days on end – social networks require a quick reaction. If someone approaches you via Twitter, the 140-character limit could make it a bit difficult to get back to that person with an adequate solution or reply. Offer them to approach someone from your on-site team instead.

It’s not over yet

Just because the event is officially over doesn’t mean everyone is done talking about it. That’s why leaning back and closing down all of your social media roads would be the wrong decision to make.
How about setting a new goal instead: Try to give the impression that everyone who stayed at home missed out on something big.

But first things first. Start by thanking everyone for attending.
Keep up the conversation by asking the attendees about their favorite session, the most interesting presentation or what they’ve learned during the course of the event.

Use Flickr to collect all photos taken at the event. Group all the pictures into an album like the startup initiative “auftakt.” did with the photos from their VC Campus 2014 event. Or you set up a Flickr group for your event to which the attendees can contribute their pictures as well.
Did you film something or did you conduct video interviews with attendees and experts? Share them on YouTube.

At this point, LinkedIn groups are perfect for analyzing and discussing new findings and insights. Surely the members will share their thoughts on the event there as well if you give them the opportunity.

There’s a chance of getting some further recaps of your event. If some of the attendees run their own websites or blogs, they’ll probably pick up on what they’ve learned. See if you’re able to spot some of these posts and share them. Maybe even the media was interested in your event. In that case, link your fans and followers to their reviews. They’ll certainly be interested in learning what others thought about the event.

On to the next one

If your event is part of a series, your collected pictures and videos will pay off even more. Use it to advertise the follow-up event. Not only does that bring back memories for everyone who attended the last time, it also helps those who didn’t to get an idea of what it’s like.

Even when there aren’t any further details regarding the follow-up yet, it won’t do any harm to point out where and when it’s going to take place.

Considering the countless ways to promote an event via social media, our tips of course aren’t able to cover every single aspect. You’ve got a completely different approach or you’re wondering why your tool or network of choice isn’t mentioned here? Tell us about it in the comments.