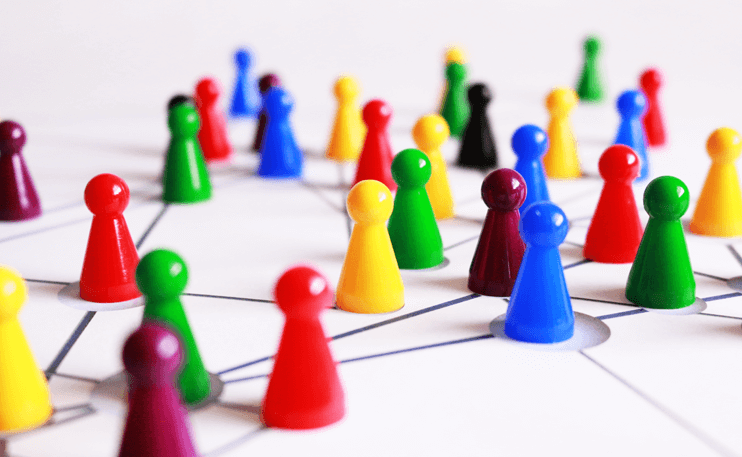 Virtual conference sessions have become the new normal for many organizers. But of course a virtual conference is not just about the sessions – the social program surrounding them is just as crucial, as it turns the event into a collaborative experience and connects the conference’s individual parts. Finding inspiring ideas, however, often proves to be a difficult task for organizers.

Everything that regularly happens at on-site conferences apart from the regular (scientific) program gets a little lost in the remote shuffle. Is it even possible to create a sense of community with everyone sitting alone in front of their screens and just getting up every now and again to grab another coffee? It actually works – but requires a few brilliant ideas, and finding them is a more demanding challenge. That’s why we took a look around to get some inspiration for your conference.

Getting to Know Each Other

At the beginning of the conference, all or at least most of the participants are still strangers to each other. There may have been occasional encounters, but the majority of people have not yet met. Our virtual conference solution wants to change that by suggesting participants who share the same interests. The same approach can be taken one step further in the support program – with somewhat less conventional introduction rounds.

You could, for instance, start with a round of introductions in which everyone shares lesser known details about themselves and their fields of research. You could create a questionnaire that attendees will receive in advance and that they’ll be able to use for their not-so-dead-serious presentations. Or you could ask participants to write down three things about themselves of which only two are true. It is then the task of the others to find the lie. This works particularly well in small groups and will quickly give you a lively picture of the virtual conference goers, and it will certainly make people open up to others who were strangers up to this point as one or two facts will certainly be suitable for starting a more in-depth conversation.

The fact that a virtual conference doesn’t need to be a lonely affair is proven by the ideas of many experimental organizers, who are very keen to create meaningful connections between attendees outside the regular sessions. Forming groups is never a bad thing in this case because when participants work together as a team to solve tasks, this creates valuable experiences that will stay with them.

Currently, such activities often take place at technical conferences. One interesting example is the virtual pub quiz at this year’s IFCS-ISAF, a conference on ferroelectric applications. In several rounds, the teams had to answer questions about their field of expertise. Every team had its own breakout room where the team members met to decide on their final answers which were then submitted using a form. Following this, everyone gathered in a video meeting where the final answers and the winners were revealed.

The hardwear.io Virtual Con took the challenge approach up a notch by organizing a Capture the Signal game where several radio signals had to be analyzed. The small teams of hackers moved from one level to the next; however, they would only reach it after successfully completing the previous one. The top three teams were then rewarded with high quality prizes.

It Is Worthwhile to Stay Tuned

The Wisconsin-based Distance Teaching & Learning (DT&L) Conference had more than just one creative competitions in store which is probably not so hard to imagine considering that the organizers were on home turf with digital formats. There was a puzzle, for example, which at the same time acted as an incentive to attend as many sessions as possible because in the course of every session, a word was briefly displayed on the screen. Everyone who managed to collect all the words, put them in the right order, and thus formed the complete answer received a prize. In this way, the organizers made sure that attendees paid close attention to the sessions‘ content and were being rewarded for doing so. Also, none of the people who took part ended up disappointed because all entries won a prize – a pretty smart idea.

If you wanted to win even more – and had a bit of luck – you could take part in the conference bingo session or the daily Twitter challenge. The latter asked participants to use the daily conference hashtag along with pictures of their pets or photos of themselves and their screens during sessions.

I have so many great takeaways from the #UWdtl conference, about compassion for our students, making our courses accessible, our responsibility as educators… to sum it up, I’d say, REMEMBER THE PERSON BEHIND THE SCREEN! #DTLvision @UWDEPD

My biggest takeaway for this week: How can I help educate and support our faculty in creating more accessible and inclusive online courses. #DTLvision

Shared meals are also a significant part of the social conference program. Unfortunately, it’s not so easy to switch the conference dinner to virtual. Even though Mukbang, a Korean internet phenomenon where people record themselves while eating, has been around for several years now and is met with an astonishingly high response in online spaces, doesn’t seem a good fit for a conference as it’s, quite literally, a question of taste and will not appeal to everyone.

The organizers of the congress for mathematical software ICMS 2020, which under normal circumstances would have taken place at the Braunschweig Technical University, have found two better options. As an alternative to the dinner/lunch, there was the option of a shared cooking experience where participants could choose whether they wanted to cook a meal following a recipe, or enter a cooking competition where they had to share a picture of their dish at the end. All pictures were then rated and the person with the most votes received a prize in addition to their delicious home-cooked meal.

You could modify this concept for hybrid conferences by having multiple teams competing against each other on-site.

This works for beverages, too: As they weren’t able to welcome this year’s attendees in person but still wanted to include the city of Bamberg where the conference would have been held, the organizers of KI2020, a conference on artificial intelligence, chose a different approach. In addition to a virtual tour of the city, a virtual beer tasting became part of the schedule replacing the conference dinner, and the idea seems appropriate given the high density of regional breweries. Participants could order the accompanying regional beer selection in advance which was delivered to their doorstep.

Instead of beer, a tasting event works just as well with all sorts of drinks. A non-alcoholic option would be great as it allows everyone to take part.

A little exercise won’t hurt, and will benefit attendees when their movements are mainly limited to their home space.

A few activity-filled breaks might be the best way to get fit for the schedule that is about to follow. Whether it’s yoga, Pilates or meditation exercises – everything will work as long as the exercises are simple and can become part of a person‘s daily routine, even after the conference. Additional motivation can be provided by suitable equipment, which you can send by mail in the form of a goodie bag that can replace the other, not-really-useful promotional goodie bag items organizers usually like to send.

Don’t take it too far, though. High-intensity interval workouts aren‘t suited for conferences if you want to invite everyone to participate. If people are having a hard time catching their breath or only the more experienced ones can last until the end, your session won’t be a success. Simple workouts that even inexperienced participants can follow at home are more promising to succeed.

You don’t want to miss this… The virtual Jane Fonda-inspired and #LoRaWAN powered workout session with me and @johanstokking during @thethingsntwrk virtual conference tomorrow at 5PM CET / 10AM PST! Sign up: https://t.co/4pLFKomAYV pic.twitter.com/YLs2vRFeqr

Exploring other places without leaving the comfort of your own home seems difficult to imagine at first, but is possible at virtual conferences. Participants of the virtual MOBSTER Collaboration Conference on stars and magnetic fields could join an Antarctic excursion via Zoom. The slightly different field trip was hosted by two astrophysicists who shared some interesting insights about their research work at the South Pole by combining their personal experiences with scientific findings.

Another noteworthy detail that was included at rather short notice could be found in the MOBSTER conference’s support program. While planning the conference, the organizers learned that many attendees had to look after their children which is why the team wanted to offer something for the little ones, too. In the course of several activities, kids were able to expand their astronomical knowledge by solving small tasks and reading up on astronomy. In a presentation specially targeted at children, astronomer Saida Caballero-Nieves also presented numerous interesting facts about the universe while parents could give their attention to the adult sessions.

Escape Rooms manage to connect logical thinking and teamwork in an entertaining way. Players have to solve several puzzles together within a given period of time in order to escape the room where all of this takes place. Some of these scenarios can now also take place in a virtual environment which means that small groups of people are trying to find the right clues during a video meeting. This can be a great activity between regular sessions that promotes networking even if the focus is shifted to topics other than the typical conference content.

But that can and should be allowed to happen because even if everyone signed up for the conference to join the professional conversation in the first place, exchanging ideas usually works best once you get to know the other people a little better and seen that there’s also a different side to them.

Conferences without a support program, on the other hand, always seem a bit “incomplete” – and this is particularly true for virtual ones as they have to do without the usual chance encounters so that organizers are therefore required to find other ways to bridge the great physical distance and create a sense of community.

How important is it for you to have an appealing social program? Can you share some other ideas with us organizers of virtual conferences have come up with? We’re looking forward to your comments.