How Sponsors and Exhibitors Remain Visible at Virtual Conferences 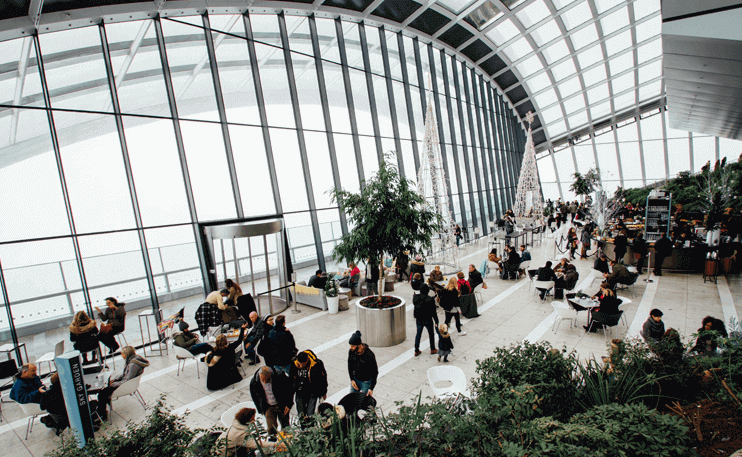 Virtual and non-virtual conferences may differ in some respects but the goals set and pursued by participating sponsors and exhibitors are the same: Getting in touch with their target audience and meeting potential clients. In a virtual environment, this only works once you rethink sponsorships beyond analog trade show booths, which can feel out of place in an online setting.

Sponsors might find themselves as the third wheel at some virtual conferences. In a way, they’re part of the overall happenings but they don’t play an important role in the actual event where they can even go unnoticed. Primarily, participants are to “blame” for this unfavourable development since they tend to be much more selective when attending a conference in front of their screens; which is also why many of them deliberately avoid parts of the conference they consider irrelevant. The “Sponsors” menu item will, most likely, not be part of their journey through the conference but many organizers aren’t that concerned about it since they’ve already received the sponsorship money.

However, we’re now facing a reality in which hybrid and virtual conferences will remain an integral part of designing events – even in future pandemic-free times. They’re here to stay, which is why organizers need to tackle the sponsor problem as it’s not only a matter of making sponsors happy, but something the future of the entire conference depends on.

Marketing budgets are available on the sponsors’ side according to a study among more than 450 companies. Two thirds of these companies stated that their marketing budget would remain unchanged despite the pandemic or that they would only spend slightly less than before. The best investments are and will remain those that are capable of reaching the target group as accurately as possible. Traditional online marketing channels aren’t that good at achieving this as potential customers are scattered and a company’s ads will have to prove themselves among those countless placed by competitors. It’s hard to get noticed at all so that – as a recent presentation in an IMEX series has shown – only a negligible percentage of people who came in contact with an ad got in touch with the company afterwards.

The percentage increases if companies manage to narrow down their target group more precisely. A virtual conference can offer an environment in which the own products and services fit in without being perceived as disruptive or intrusive and, in addition to this, there’ll also be participants with a certain interest in what a company operating in a certain field has to offer. It therefore doesn’t come as a surprise to learn that 20-30% of attendees, instead of the usual 2%, contact a sponsor during or shortly after a conference.

In order to achieve this, the conference needs to offer effective ways of incorporating its sponsors and their services into the virtual space. How can organizers do this?

First of all, say goodbye to the assumption that a virtual booth for sponsors and exhibitors has to look like a physical one. Many virtual trade shows now resemble a video game launched in the late 1990s judging from its graphics. Animated characters – sometimes more, sometimes less, animated are standing in front of 3D booths whose digital roll-ups and posters can be explored more closely. The approach is nice as it strives to create a little familiarity in a situation where only little seems normal. It, however, remains questionable in what way participants benefit from a solution like this. The whole thing soon feels like a gimmick and might be considered the most useless conference feature. Instead of providing a better overview, attendees will get lost between all these digital booths as they’ll all look the same in the end. Even the biggest retro gamers will end up bored when exploring one booth after another.

It’s much better to focus on creating a compact overview containing essential information. Our virtual conference solution therefore offers sponsor profiles for companies to present themselves and their services at a glance – with multiple areas for text, images, videos, and links for more info. It’s also possible for attendees to download materials such as interesting white papers or case studies.

There’s a separate section for sponsor representatives that contains a link to their personal profile and where participants can get in touch with them to start a (video) chat or make an appointment.

Attendees will srrice there by using the sponsor menu item that provides them with an overview of all companies involved in the conference and they’re free to inspect the profiles of those they’re interested in more closely.

Now there’s of course still the visibility issue because, as already mentioned before, the sponsor item on the website’s menu will probably not get noticed by everyone attending the event but this too can be fixed.

Sponsors as Part of the Regular Schedule

In order to move sponsors out of their hidden corner and make them a more noticeable, you can make use of your virtual conference’s schedule. Let companies become part of it by sponsoring a single talk, a workshop or even an entire session. In the Virtual Venue, the company will then be recognized as the sponsor in both the program and the session view. Additionally, all the sponsored sessions are also listed directly on the company’s sponsor profile page. Thus, sponsors are more likely to receive extra attention and their profile can now be found without having to click the sponsor menu item.

If your sponsors should have the opportunity to contribute to the content of the conference, you should point out that a session’s main focus doesn’t always have to be presenting the sponsor’s products and services. Sometimes it’s better to address topics that harmonize with the rest of the virtual conference program and provide useful information. If the sponsor uses their session to discuss topics relevant to a specific field of research or raises an interesting question, they will attract a bigger audience than a session title that only implies self-promotion will achieve. If the topic is well-received, this will almost certainly rub off on how the company is perceived.

Sponsors may also act as moderators when they don’t have their own session, participate in discussions, or contribute more entertaining content that will be part of the support program.

This year’s fall symposium of the German Society for Medical Controlling used our virtual tool and demonstrated how well sponsors and their content fit with the rest of the program. The symposium’s first day contained a schedule designed by companies offering solutions for medical controlling. Attending the sessions was free of charge – and many participants spontaneously decided to buy a ticket allowing them to attend the other two days as well. As you can see, well-placed content from sponsors can be decisive for an entire conference’s success and enriches the entire event.

A virtual conference platform is suitable for advertising but don’t overdo it. Anyways, it doesn’t even take that much effort to achieve a benefit for the sponsors.

Take banner ads, for instance, that can be displayed on the virtual platform. There’s a fixed area on the homepage of our Virtual Venue reserved for a sponsor logo or image. If more than one sponsor wants to advertise, the banners will be displayed in rotation so every time a user reloads the page, they’ll see a randomly selected sponsor banner. This way, the ads will not be intrusive as participants won’t have to close annoying pop-up ads and they won’t see banners taking up half of the page’s space.

Ads can also be placed before or after a talk like short clips you also encounter on YouTube. They shouldn’t be too long. Always specify a maximum duration, as no one wants to sit through a ten-minute ad before a talk starts. It’s better to have shorter clips that get to the point within 20 or 30 seconds in order to offer a little enriching piece of information and harmonize with their surroundings. This is especially important because participants have a certain interest in the topic so the revenue losses for sponsors due to an incongruous audience remain relatively low.

Data and Figures as an Argument

How many users have visited our profile page? How many attendees did our sponsored session attract? How many views did our video get? How many people clicked on our banner ad? Sponsors are of course interested in how well they are perceived. In the virtual space, it’s much easier to collect data compared to an in-person conference, where attendees can be provided with brochures and such but sponsors will remain in the dark as to whether people actually had a look at the material they were handed.

Whenever figures and statistics are available, you have a very good means for evaluation and that can be a good reason for a sponsor to buy a sponsoring package again once they’ve seen to what extent they get noticed (and contacted) at your virtual conference.

The concept of booking sponsoring packages continues to exist in the virtual world. You should adapt the services included – take them out of their analog environment and replace them with new ones.

Your main sponsors, for example, will appear bigger and a bit more prominently right at the top of the sponsor overview while the profile itself can contain more details, videos, and additional material. Or the sponsor may contribute to your official conference blog or be featured in your conference’s newsletter – there are many options for spicing up your own content by adding some input from your sponsors.

If you want to offer multiple sponsorship packages, these should be complete and ready once you start looking for sponsors. Because the virtual conference format is still relatively new, potential sponsors might have further questions and your conference can already stand out from others who still only offer companies a roll-up for a pixelated 3D replica of a trade show booth.

That helps you make sure both parties benefit from a sponsorship and that the sponsor companies don’t have to spend lonely days shut off from everything that is happening around them when they would rather be right in the middle of it, just like they are when sponsoring an on-site conference.

How do you collaborate with sponsors? What challenges does your virtual conference face in regards to sponsorships?