Coronavirus and Conferences – an Update 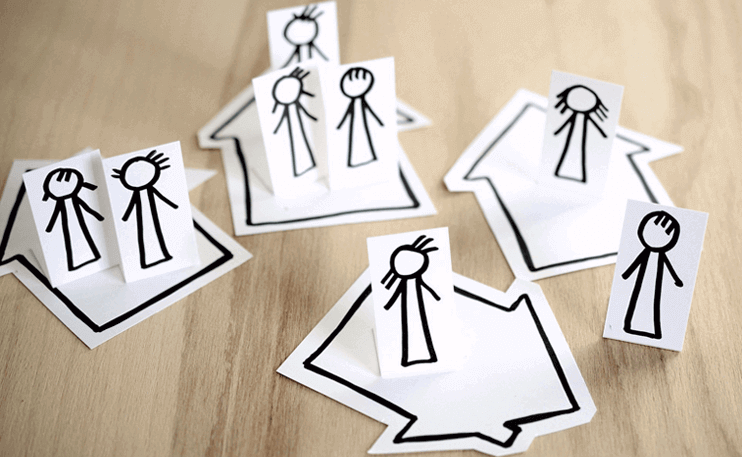 Last month, we published our first article on the Coronavirus pandemic (in German only), at a time when it wasn’t recognized as a pandemic. In view of the current situation, some of the statements we made didn’t age well – even if we referred to legitimate sources who since had to rectify their statements, too. The danger was generally underestimated in the beginning, particularly with regard to conferences. Time for an update and some decision guidance for conference organizers.

Since then, it has become apparent that comparing the coronavirus to the seasonal flu is rather misleading. Although nothing reliable can yet be said about its death rate as the pandemic is still ongoing, it is now known that the coronavirus is much more contagious than the flu and spreads much faster – which is dangerous because it goes unnoticed for so long. It usually takes several days, sometimes even two weeks, for an infected person to show the first symptoms. And sometimes people don’t show any symptoms at all or symptoms are so inconspicuous that no importance is attached to them.

The person, however, is already contagious during this time and the consequences are devastating if they keep on socializing with many others, which is the case at a conference, for instance. And it was probably a conference in January that opened the door for the virus to spread in several countries at once.

Conferences are risky – for the time being

At a comparatively small conference, just over 100 participants from various countries met in a Singapore hotel. Among them was a man from the UK, who presumably contracted the virus there and, following the conference, passed it on to at least eleven other people of different nationalities, who in turn continued to spread the virus further in their home countries.

While it is true – as we stated in our previous article – that every conference should take precautions to protect participants and that organizers should actively encourage attendees to follow these precautions, it‘s unfortunately also true that conferences significantly contribute to the coronavirus’s spread, and it’s therefore justified to ban all upcoming events for the time being and practice physical distancing instead.

If this doesn‘t happen, the curve of infections will continue to rise rapidly, exceeding the capacity of national health systems and inevitably leading to more deaths – which has already happened in Italy, for example. As neither a drug nor a vaccine are available at this point, the only option is to adapt people’s behavior in order to slow the rate of infections.

This has proven to be successful in Singapore, for instance, where the government quickly cancelled all events and applied further measures so that the number of infections now lags behind that of many other countries.

The comprehensive temporary ban on events is a crucial and logical step, but it presents conference planners with several new challenges no one was prepared for.

On top of legal and insurance issues, they also have to deal with confusion regarding the planning process and the question of whether postponing or cancelling their upcoming conference would be a wise decision. As if this wasn’t already difficult enough, it often has to be dealt with from home, as most offices also remain temporarily closed – another sensible measure.

The Converia team also has to deal with a situation that still feels a little unfamiliar. Although those of us who occasionally wanted to work from home have been able to do so for a few years, it’s something completely different when it suddenly affects everyone and, since schools are closed, some of us have to look after our children now, too.

Whereas in pre-COVID-19 times, it used to be only one or two people who took part in one of our meetings via video call, now all Converia team meetings have to be organized that way. When this concerns the entire team, it’s much more demanding than on a small scale, so we had to do a few test runs before we could solve the problem (since last week, Zoom has proven to be an intuitive and stable tool, especially for larger meetings).

We are therefore aware of some of the issues arising from the new situation, particularly since our customers have had to either find new dates for their conferences or, with a heavy heart, were forced to cancel them completely.

For this reason, it‘s currently of great concern to us to actively help by means of our conference management software and our reliable service to accompany organizers through these strange times we’re experiencing right now.

The last few weeks have shown us just how much we depend on science and scientific findings. Therefore, we would like to minimize the financial damage that comes with cancelling an academic conference which is why our minimum order value for academic conferences will be waived for all organizers who decide to order Converia before April 30, 2020, and have to cancel the conference later.

But since this can of course also happen to non-academic events, we will reduce the minimum order value by a full 500€ when the event has to be called off later and Converia was ordered before April 30.

If your conference is postponed instead, there will be no additional costs for you. The same applies if you decide to switch to a virtual conference. Right now, the latter is an attractive option for many team. However, very few of them have paid much attention to the topic, and aren’t sure whether it’s a realistic alternative for their conference or how exactly this should be implemented. We are happy to help you with that, too. For further advice on these questions, use our form to get in touch with us or call us directly at +49 3643/811 807 60.

Better times ahead for conference planners

The measures that are now being taken are temporary ones. Effects are observed and analyzed on a daily basis, and it will be reassessed which future steps are necessary as well as all the areas in which it’s no longer necessary to proceed with so much rigor. All regulations we are currently dealing with are not forever.

There will be a time after Corona. Of course, it‘s unlikely that planners will be able to immediately pick up where they left off before the crisis hit, and that the ban will be lifted for huge international conferences and congresses anytime soon. It will probably take a little more time until conference organizers can go back to normal.

But it is also clear that conferences will regain their place and importance in a post-corona world. And maybe we’re going to enjoy them even more.